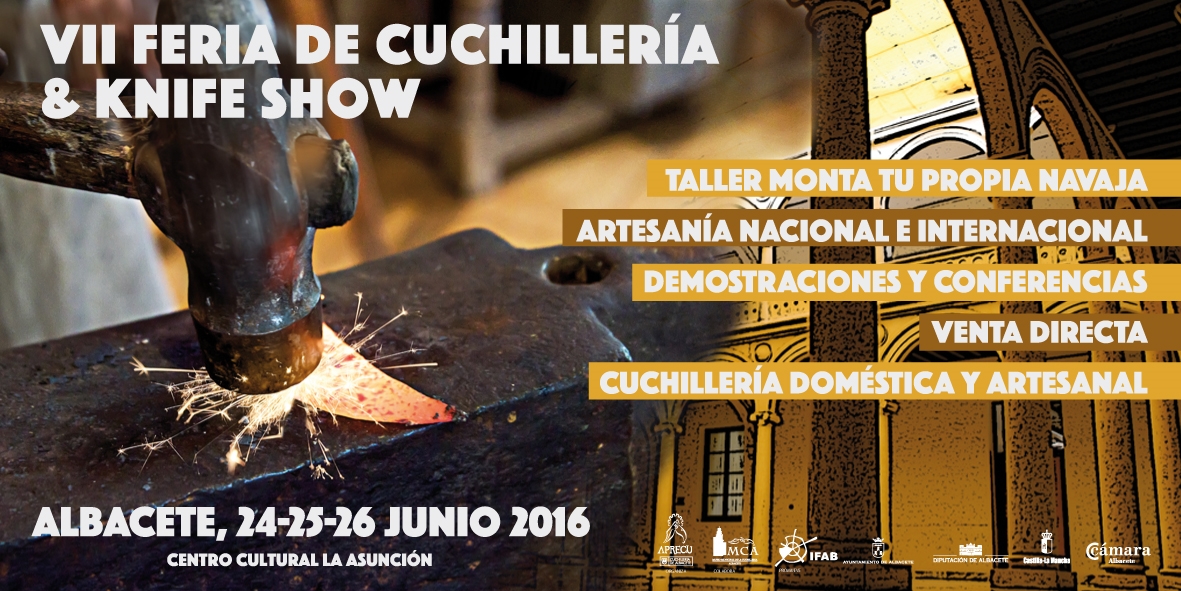 Following the success of the I Congress of Cutlery celebrated in Albacete of 2010, during seven consecutive years to celebrate, it has been consolidated like the most important fairs of Spain.

Albacete is an internationally recognized city of reference in the cutlery industry in Spain and is welcoming craftsmen from different parts of Spain and the world for two and half intense days. Their products will be exhibit and sold, offering its visitors the best of an antique tradition and the quality of craftsmanship.
As in previous edition, demonstrations of forging, grinding and polishing as well as the complete process of making a craft knife will take place in the premises.

This year, 2016 the VII Edition Fair of Handicraft Cutlery Show “City of Albacete” will be held during the days 24th, 25th and 16th of June, in Centro Cultural La Asunción de Albacete